In this 2-minute video, Frenchman Remi Jennequin works with short-film director Federico Chini to give a you tongue-in-cheek perspective of the small Mediterranean island of Gozo.

Jennequin takes it to complaining, perhaps in ways stereotypical to his co-nationals, but ultimately manages to portray a quaint and rather realistic picture of Gozo.

Play the short film and let us know what you think.

Book your Holiday Villa with Swimming Pool in Gozo

A Frenchman in Gozo October 20th, 2016Editor
Sticky Post By Editor Posted in Heritage, Natural Sites With No Comments Permalink

Malta in Winter… from the skies! January 5th, 2015Editor
Sticky Post By Editor Posted in Natural Sites, News, Photos With No Comments Permalink

One family, 2 cameras, 30 countries, 60 flights, 1000+ time lapse videos, 200,000+ images – almost 20 terabytes of data! Stan Chang from Taiwan compiled this time lapse video over the last two years when travelling across Europe with his wife and son.

Upon publishing the video by the title of Magical Europe, Chang writes “I think that everybody needs to take a trip and have their eyes opened to just how beautiful the world is.”

See how many times you manage to spot scenes from Malta… post your answers in the comments section below.

Local videographer Shaun Meilak produced this short time-lapse video on a warm, clear Autumn evening. The video was shot from the hilly village of Nadur and shows the activity across the channel between the two islands of Malta and Gozo as the sun delicately sets over the harbour.

Discover Gozo – rent a villa farmhouse in Nadur, Gozo. Read also about the traditional spontaneous Carnival Festival in Nadur, Gozo and how the locals enjoy the Gozo “pizza” bake from Maxokk.

Seven  sites on Malta have just received a Certificate of Excellence for 2014 by TripAdvisor, the world’s largest travel site.

As stated in the official website www.tripadvisor.com, “Winners of the Certificate of Excellence are located all over the world and represent the upper echelon of businesses listed on the website, with only the top 10 percent receiving the prestigious award.” This means that these four Heritage Malta sites have constantly featured as top attractions by those who visited them.

To qualify for the Certificate of Excellence, businesses must maintain an overall rating of four or higher, out of a possible five, as reviewed by travellers on TripAdvisor. Additional criteria include the volume of reviews received within the last 12 months of the year in question.

[alerts title=”Read more…” type=”info”]How many UNESCO World Heritage Sites are there in Malta?[/alerts]

Certificate of Excellence to 7 Malta Sites May 22nd, 2014Editor
Sticky Post By Editor Posted in Natural Sites, Photos With No Comments Permalink

Enjoy this selection of the best 10 sunset photos over the island of Malta. As the sun dips in the Mediterranean sea, gorgeous colours fill the skies and create memorable silhouettes of the Maltese landscape. 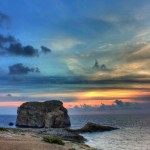 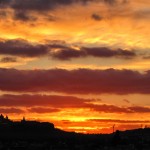 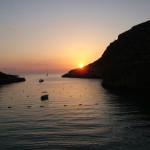 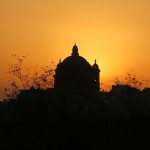 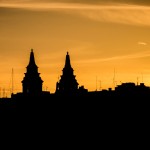 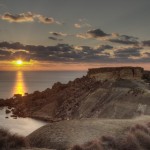 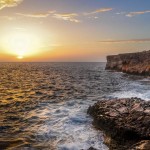 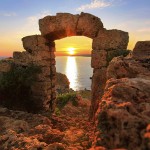 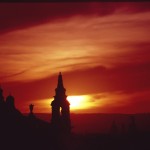 Horse riding is an exhilarating, fun and different way to experience the unspoilt countryside of Gozo. Whether you are a beginner or an experienced rider, horse riding stables can provide you with a suitable horse and a beautiful ride.

Discover the gorgeous landscape of this tiny island with a means of transport that was still in wide use until recently. You may choose to visit secluded beaches, explore green valleys or climb up hills to enjoy a soothing sunset.

Marsaxlokk Bay is Malta’s second largest natural harbour. In this typical fishing village, it is easy to spot the colourful, traditional Maltese fishing boats, the Luzzus, with the mythical Osiris eye painted on their prows.

The village is the Islands’ main fishing harbour; its Sunday fish market a fascinating insight into local life and a traditional industry. The stalls brim with the night’s catch – fish of all shapes, colours and sizes. The village itself has many good fish restaurants lined along the village’s promenade and renowned not just for their quality but also for their value-for-money.

Marsaxlokk derives its name from the Arabic word marsa, meaning harbour, and Maltese for the South-Easterly Mediterranean wind, the Xlokk (Sirocco in Italian). Marsaxlokk, with its sheltered habour, was an easy landing place for pirates and the Ottoman Turks. It was here that the Ottoman Turks landed for an attack which ended in the Great Siege of 1565.

In 1978 Napoleon’s army used this bay to land on the island and take over it’s governance from the Knights of St. John.

Very close to the picturesque fishing village, there are a few secluded beaches, amongst which the most popular with the locals is St Peter’s Pool in the area knows as Delimara Point.

The Western coast on the island of Malta hosts two gorgeous natural coves, very close to each other – Wied iz-Zurrieq and Ghar Lapsi.

These inlets are swimming hotspots for the locals, but also ideal for diving, snorkelling, fishing and why not – abseiling. The high cliffs offer not just a picturesque setting to these bays, but also protection from the Southern winds.

Take a look at this aerial video of this coastal area.

[alerts title=”Where to stay” type=”info”]MaltaVillageHolidays recommends staying at this traditional Maltese townhouse in the heart of Zurrieq, few minutes away from Wied iz-Zurrieq, Hagar Qim Temples and Ghar Lapsi.[/alerts]

The fishing village of Marsalforn is the most popular resort on the island of Gozo, with something for everyone, a beach to relax and ample opportunites for sunbathing, swimming and snorkelling. During the Summer months the village attracts not only tourists on holiday, but also many Gozitans and Maltese who seek this village to relax and unwind.

A popular sight at Marsalforn are the colourful Maltese fishing boats scattered around the bay. The local fisherman are very proud of their boats and you can always find one at the harbour being refurbished or repainted.

The promenade winds its way all around the bay, where until late in the evening people stroll to take in the sights and wonderful views of the sunset. The air is fresh and it is the perfect way to end a hot Summer’s day. The bay is also well equipped with restaurants featuring local cuisine at its very best. Most venues are open air and perfect to enjoy the fresh breeze in the evening whilst sipping a glass of white wine.

On a typical warm Summer evening, take a walk from Marsalforn Bay around the promenade to Xwejni Bay, heading towards Wied il-Ghasri, where along the way you will be able to see scores of salt pans that have been dug out of the soft limestone and used for harvesting sea salt as part of a centuries-old Gozitan tradition.

Let us help you to organise your local experience    Get in touch!